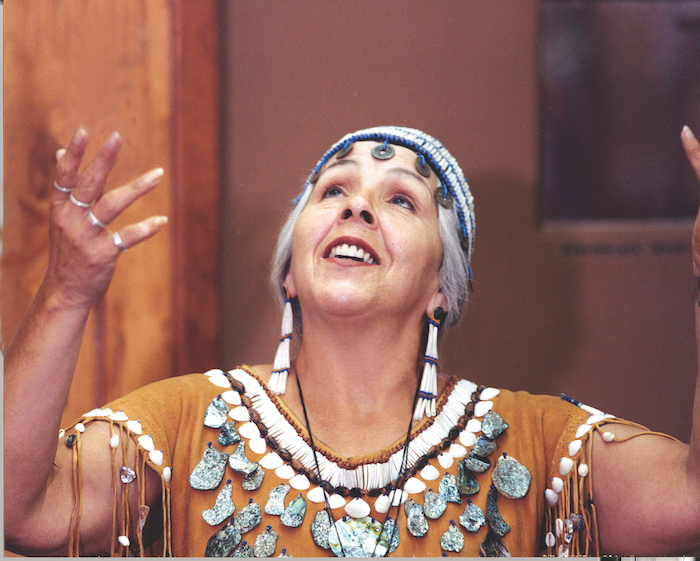 Governor Kate Brown ushers in a new age of appreciation for the arts with the return of the Governor’s Arts Awards after a 10-year hiatus.

Good news from the state capitol in Salem: After a decade-long disappearing act that began when the state and national economies cratered, the Governor’s Arts Awards have returned. Gov. Kate Brown’s office has announced that the revived awards, which also coincide with the 50th anniversary of the Oregon Arts Commission, will go to two individual artists and three organizations.

Bright, physical, confrontational, and seductive, Smith’s rich and often satirically infused paintings are steeped in the history of race and African-American culture. A professor emeritus of painting at Pacific Northwest College of Art, he lived as a child in the South with his grandparents and great-grandmother, who was born a slave, before moving as a teenager to South Central Los Angeles and Watts. A provocative and highly successful showing of his large paintings, including the 1992 lynching scene Strange Fruit that seemed to anticipate the current rise of white supremacy and the Ku Klux Klan, ran for several months in 2016–17 at the Portland Art Museum as part of its APEX series of contemporary work.

Stutzman, of Kalapuya and Coos heritage and an enrolled member of the Confederated Tribes of Siletz Indians, has been retelling the stories she learned from her grandmothers to school groups and elsewhere for more than 50 years. She is the primary storyteller for Mother Earth’s Children, an American Indian theater group that has performed for school groups and organizations throughout Oregon for the past 42 years.

The Miller Foundation, founded in 2002, has been a prime mover in nurturing arts and education programs throughout Oregon, providing financial and structural assistance to nonprofit and school organizations. Portland Opera, which was founded in 1964, presents both grand-scale and more intimate productions. It also has an active education and community outreach wing, including its touring POGO (Portland Opera to Go) program that performs for more than 12,000 children each year.

And Crow’s Shadow, which was co-founded by artist James Lavadour 25 years ago on the Umatilla Reservation outside of Pendleton, has developed a national reputation for its printmaking workshops and residencies, while also providing economic and artistic development for Native American artists. Many prominent artists from the Pacific Northwest and elsewhere have produced have produced series of prints during Crow’s Shadow residencies. The Hallie Ford Museum of Art in Salem is hosting a major retrospective exhibit, Crow’s Shadow Institute of the Arts at 25, Sept. 16–Dec. 22, 2017.

The Governor’s Arts Awards program was established in 1977, under Gov. Robert Straub. Before this year’s winners, the most recent honors were presented in 2007 by then-Gov. Ted Kulongoski. It’s now time, Gov. Brown suggested, to bring them back. “Not only do the arts enrich our quality of life and local economies,” she said in a prepared statement, “arts education is key to fostering a spirit of creativity and innovation in our youth.”

The awards will be presented Oct. 6 during a ceremony in Portland preceding the 2017 Oregon Arts Summit.