Who is Dmae Roberts? 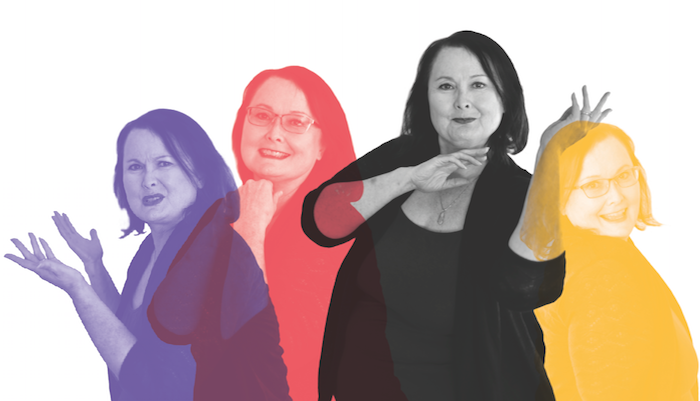 If you’re sitting here a year from now celebrating what a great year it’s been for you, what happened?
So many things. I’m an idea person who has created both national and local cultural productions. But next year, I hope our ensemble of Theatre Diaspora, a project of my nonprofit MediaRites, can continue to broaden Portland theater’s racial landscape through our free acting workshops for people of color and with our first full production. But I also have a personal dream of completing a novel that’s about two-thirds of the way done.

When have you been most satisfied in your life? Why?
I don’t know that I’m ever satisfied. I’m always pushing myself and looking for the next challenge. I will say, though, I’m the most peaceful when I go to Hawaii because I fit in there as a biracial or “hapa” person. No one there questions my Asian-ness, and in fact, I feel my ethnicity is embraced and accepted. But as I get older, I find more joy in simple things like good health, being with my husband at home, and simply having a lot of quiet time to reflect and to write.

Who were your role models growing up?
People laugh when I tell them Mr. Spock was a role model early in my life. But at that time there were no mixed-race or biracial characters in film or television. So I felt an affinity to his half human/half Vulcan character. But I also looked up to George Takei on Star Trek and was thrilled when he graciously hosted my Crossing East series. When I was in college, the writings of Ursula K. Le Guin and Harlan Ellison have shaped my thoughts about life and writing. Later on, I fell in love with Octavia Butler’s work. Rather than role models, I’ve had really good mentors in my life; the first one was a crusty, beloved elder journalist Leo C. Lee of Western Public Radio, who chose me to be in a prestigious radio production workshop when I was still in college. He pretty much launched my national career, and I was filing pieces for NPR before I graduated. This type of mentorship is something I’ve been paying forward with hundreds of young people I’ve mentored in radio and in theater.

What accomplishment or project has been the most significant in your career?
I’ve worked since I was 14 years old. The work ethic ran strong in my family. But I’ve been blessed to find a way to support what I love doing and call it my work. Since graduating college, I’ve created several projects at a time. But my greatest accomplishment was the Crossing East radio series of eight one-hour documentaries chronicling Asian American/Pacific Islander history from pre-America to right after 9/11. It was the first Asian American history series on public radio, and I raised about $380,000 for this three-year project. I won a second Peabody, and it also proved to my male colleagues and major networks that the first one I won early in my career wasn’t a fluke. For the series 10th anniversary, I recently completed an archive of 150 hours of audio interviews recorded for that project which you can find on CrossingEast.org.

What have you done that scared you?
Quite a lot. I always challenge myself professionally but also personally to venture into unfamiliar and more often uncomfortable territory. As a biracial person growing up primarily in Oregon, by way of Taiwan and Japan, I got used to being the “only one” in the room who was like me. In any professional setting, I’m a fish out of water on many levels, not just racially and culturally but also in the work I do, which involves many artistic disciplines. When I was in college, I took a “gap year” to backpack and traveled back to Taiwan by myself to rediscover my roots. I had no contacts except some family friends of my mom’s, but I found my own friends quickly and settled there, learning Chinese and teaching English. That experience taught me I could survive anywhere by connecting with a community right away, and it gave me the confidence to rely on my own skills and instincts when I venture into the unknown.

What makes you happiest?
I can’t tell you the joy I feel when I can help create a project that respects and honors people of color, whether it’s a radio documentary with a cultural community or a theater production that empowers artists of color to be free to speak their truth and to create stories that might otherwise not be told. I also love leading conversations about race, especially mixed-race, like I do with Oregon Humanities. But I also have joy when I’m writing, whether it’s a novel or a play, when the spirit takes over and it feels like you’re transported to something greater than yourself.

Right now, I’m in the midst of working as an actor with Artists Repertory Theatre in an innovative production of installation art and live theater called Caught, with text by Christopher Chen. When I was working actively as an actor in the ‘90s and early 2000s, the only time I wasn’t the only Asian actor in the rehearsal room was when I created my own plays. I’m honored to have that experience now of not being “the only Asian” with this forward-looking theater company in Portland at this exciting time of change when equity, inclusion, and diversity are a priority in funding initiatives and with our arts organizations like Artists Rep. 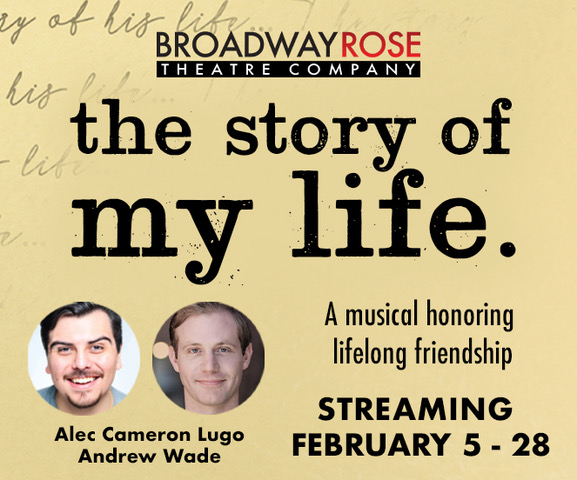 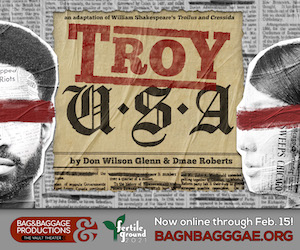