A quintet of Portland designers illustrate how the Rose City has become a mecca for design of all kinds.
By Brian Libby
Photos by Meg Nanna

Like many American cities, Portland was once known for manufacturing-related and agricultural industries such as timber and steel. While there’s no shortage of hundred-car freight trains and barges dispersing our commodities far and wide, there has been a palpable shift in our city’s workforce, particularly within the last decade. Indicators abound that our fair city is emerging as a global design mecca for everything from sportswear and sneakers to architecture and bicycles, including the rebranding of the School of Architecture and Allied Arts at the University of Oregon to the newly minted College of Design and the recent, wildly successful Design Week Portland. The event convened for its fifth year to celebrate the “vital community of designers and makers” at our city’s core. There’s no doubt that the creative juices are flowing.

We caught up with a quintet of Portland-based designers following their passions and turning heads. While each of them is busy creating new materials, designs, and products, they gather inspiration from not-so-surprising places: beloved classics in music, sculpture, and architecture. 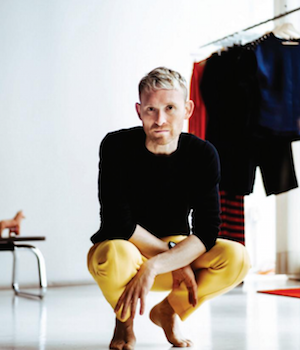 Adam Arnold
Fashion
When we found him, Adam Arnold was sitting quietly, working on designs for bespoke fashions from his renovated 19th-century brick storefront building along Martin Luther King Boulevard in Southeast Portland. A one-man operation, he revels in both the solitary moments designing and the interplay with clients as he tailors each garment.

Arnold, a native of Vancouver, Washington, spent several years in San Francisco and Seattle before settling in the Rose City in the late ‘90s. He’s been designing for as long as he can remember: “I’ve always been making clothing, since I was probably 3,” he says. Recently, he began opening his studio to the public, instead of just by appointment, and has been creating ready-to-wear clothing that he displays artfully on racks near the entrance. “My clients, I feel like they come back because somehow this process connects them,” he says, describing the process of getting to know each client before taking measurements or setting out on an idea. “It’s a rare thing for customers to experience: meeting the person that makes their clothing and getting a garment that is naturally made for them.”

Arnold thinks of apparel design as “tight sculpture, the way you control the shape, control the fit. It’s the art of manipulating fabric through cut and texture and line to say something.” Perhaps it’s the combination of artistry and accessibility that has yielded his designs such a positive response. Arnold was named the “Best Male Designer” at the both 2015 and 2016 Portland Fashion and Style Awards.

Arts & Culture Inspiration: Visual arts, especially sculpture. Arnold talks glowingly about a piece at the Portland Art Museum of a shrouded woman: Madrina by Mark Calderon. “You can walk all the way around it, and she never has a face.” 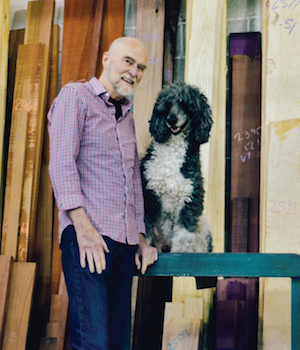 KEN WHEELER
Bicycles
You might expect the walls of Renovo Hardwood Bicycles to be decorated with images of the company’s products. Instead, the décor showcases another passion of company founder, Ken Wheeler: classic airplanes. You’ll see photos of the British DH.98 Mosquito (a fighter-bomber that helped win World War II) and the Wheeler Express (the world’s first kit plane, designed and manufactured by Wheeler himself in the 1980s). The man is a serial entrepreneur, trained as an engineer and consumed by an enlightened curiosity that has led him to found a string of innovative companies over the years. For the past decade, Wheeler has devoted himself to hardwood bicycles, which not only possess a striking beauty but also are more durable and offer a smoother ride than metal or carbon-framed cycles. “Wood has a four times better vibration absorption rate than carbon or metal. It’s a big difference,” Wheeler explains. “The whole point is smooth.”

For years, Wheeler made wood-framed, custom bikes as one-offs or through partnerships with elite clients like Audi. “But, it became untenable,” he says. Every custom bike was an all-new manufacturing problem.” Thus, Renovo evolved to create its signature models, which long-distance racers began using in high-profile events like the Iron Man World Championships. The company’s most recent offering, the John Day, is geared toward the intrepid explorer. After all, the Eastern Oregon town for which it is named boasts hundreds of miles of gravel road best explored on the back of a wood bike.

Arts & Culture Inspiration: Live jazz and classical music. “I’ve grown up with club jazz and absolutely love it, particularly if it’s classic—Miles and all,” he says. He also enjoys the Oregon Symphony thanks to the influence his children, one of whom is a classical musician. 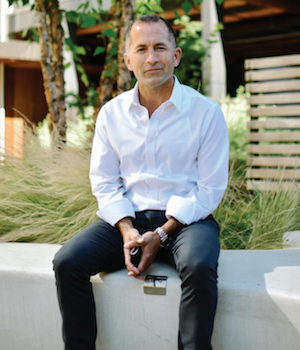 BEN KAISER
Architecture & Development
For most, it would be enough to be a talented architect. Or an innovative builder. Or a savvy real-estate developer. The fact that Ben Kaiser, owner and principal of Kaiser Group and PATH Architecture, excels at all three proves that he sees the big picture and is willing to pour over the details to make it so. He says he’s just driven to control all phases of a building project and follow his passion.

“I think the challenge for all of us is to discover why we’re here. When I cross over between design, construction, and development, I have a better chance of finding out,” Kaiser explains. “I think it’s the fact that I can do all three and have those interests all crossing one another; that’s what’s exciting to me.”

Kaiser’s architecture, such as the Carbon12 project in Northeast Portland completed this spring, is at the forefront of a new building era in which wood buildings can be built taller than ever before. Not only are they more eco-friendly than concrete and steel buildings, but also they’re more earthquake resistant. Plus, building with timber on a large scale can help re-boot Oregon’s once-massive timber industry. “It’s going to take a few of us to turn the tide,” Kaiser says, “but I think the momentum is building, and it’s a genuine turning point in architecture in the U.S. I didn’t set out to do that. It was just a logical progression. But, I think this represents a return to wood as our major industry.”

Arts & Culture Inspiration: The fusion of art and architecture. “Like when you see a piece of art in the Guggenheim, or you go to the Venice Biennale in an old armory, or even the Pietro Belluschi-designed Portland Art Museum right here in town. It’s the juxtaposition of the art and the architecture that’s the most inspirational for me: when I can see those two disciplines dancing.” 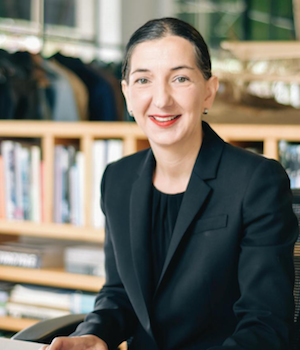 Zeljka Carol Kekez
Landscape Architecture
PLACE Studio, the firm Zeljka Carol Kekez co-founded seven years ago, is home to the landscape architects behind some of the most significant projects in town. Their portfolio reads like a who’s who of the most enchanting urban design our city has to offer: the Edith Green-Wendell Wyatt Federal Building downtown, an updated master plan for Washington Park, Elephant Lands at the Oregon Zoo, and an expansion of the Nike World Headquarters campus.

The studio, which features the requisite rows of computer workstations and a model-building workshop, is also a kind of laboratory for design, arts, and ideas. You’ll find an on-site art gallery displaying paintings and a communal gathering space where the firm hosts regular salons and talks with artists and writers. There’s even a row of Ducati motorcycles on display. “Surrounding ourselves with artwork, be it the motorcycles, or the sculpture, or the wood benches we’re sitting on, it’s all part of the inspiration,” Kekez says.

Originally from Croatia, Kekez came to the United States in 1990 as a high school exchange student but, after civil war had broken out back home, she opted to stay. Since co-founding PLACE with landscape architect Mauricio Villarreal and others in 2010, Kekez, as its managing principal, has helped guide the firm to quickly rank among the city’s most acclaimed. Now, with offices in Tokyo, Bogotá, and Seattle, PLACE is making an impact far beyond the Rose City.

“I’m probably getting three, four hours of sleep at most,” Kekez says. “There’s always something going on: traveling, exploring, experimenting.”

Arts & Culture Inspiration: Inviting musicians and other creative artists to perform and exhibit at PLACE Studio, most recently a group of Cuban musicians in town for a concert. “On a Friday afternoon, we’ll just rent a piano and invite one of our friends to share something with us.” 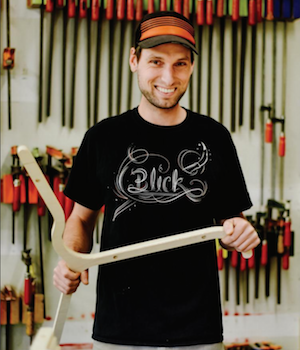 CORY RHEAULT
Furniture
After spending years earning a degree focused on woodworking at the Oregon College of Art and Craft, Cory Rheault was chagrined when the school purchased a new tool, a CNC router, just after he completed his last class. Being crafty in more ways than one, Rheault successfully applied to create a chair for the school’s annual Art On The Vine auction so he could try out the machine. “I just thought, ‘I’m going to play around with this,’” recalls Rheault. “I was leaning on the traditional way of making furniture, and I wasn’t getting anywhere. I was just making the same things. I wanted to create something fun and unique, something the new technology enabled.”

In a marriage of technology and a Goldilocks approach to functionality, Rheault used 3-D design software to create the piece and then had a succession of people sit in the chair as he refined it. “I didn’t stop until three people of different heights told me, ‘I would enjoy sitting in this,’” he says. The chair is just three pieces of plywood. “It’s the armrest and the front leg as one piece, then the back seat and the back leg are another.” Both traditional and modern in style, the piece pays homage to Rheault’s hero, furniture designer Alvar Aalto.

Rheault now has a day job working on sailboats, though he plans to keep designing and building furniture, expanding his auction piece to a full line of tables and chairs. “I don’t expect to slow down,” he says.