A Brief History of Antarctica – Magellanica 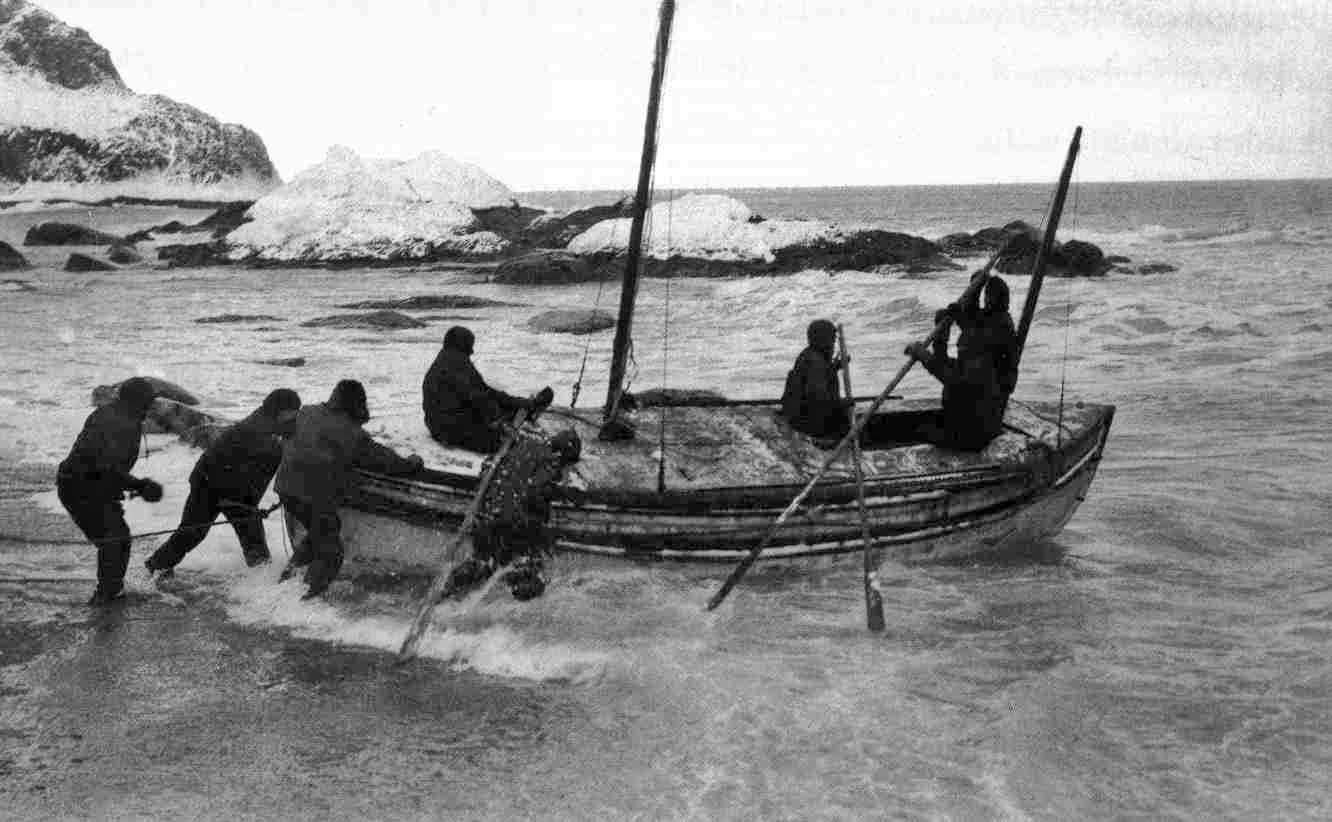 Shackleton and his men set off on a desperate 920-mile journey in 1914.

200 MILLION YEARS AGO: The supercontinent Pangaea breaks into two parts: Laurasia and Gondwanaland.

4TH CENTURY B.C.: Aristotle theorizes that there must be a land mass in the south to balance the known lands in the northern hemisphere. He named the southern end of the earth “Antarktikos” (the opposite of arktos, meaning bear, which refers to the constellations visible from the northern hemisphere). Later, it was renamed “Terra Australis Incognita,” or “The Unknown South Land.” At the time, geographers thought it might be attached to South America or Australia.

1519: Ferdinand Magellan sails from Spain in search of a westerly route to the Indies. Sailing down the coast of South America he discovers a narrow passage through the tip of South America to the Pacific Ocean and names it the “Strait of Magellan.” To the south lies Tierra del Fuego, which the early geographers assumed to be the northern edge of Antarctica.

1819: William Smith is blown south in a gale and accidentally discovers the South Shetland Islands — and the dense seal population. Over the next year, at least 30 American and 25 British sealing ships arrive. One ship reports harvesting 14,000 seal skins over a few weeks.

1841: James Clark Ross sails through what is now known as the Ross Sea and discovers Ross Island.

1899: Carsten Borchgrevink and crew build huts and stay through winter on the Antarctic mainland, considered by some to be the first “real landing” on Antarctica.

1907: During the Nimrod Expedition led by Ernest Shackleton, a land party nearly reaches the South Magnetic Pole, but fails to make it all the way there.

1911: Norwegian explorer Roald Amundsen and British explorer Robert Falcon Scott mount competing expeditions to the South Pole. Amundsen’s party reaches the pole on December 14, 1911; Scott’s party arrives a month later. Amundsen and his party return to base camp safely, whereas Scott and his four companions all die before reaching safety.

1914–1917: Ernest Shackleton and the crew of the Endurance are trapped after their ship is crushed by ice. Shackleton and a few of his men row a lifeboat 920 miles to a whaling station on South Georgia. From there, he is able to return to Antarctica and rescue the 22 men who had been left behind.

1961: The Antarctic Treaty System enters into force, establishing the continent as an international science preserve, establishing freedom and cooperative science investigation, and prohibiting all military activity.

PRESENT: There are around 66 scientific bases in Antarctica, of which about 37 are occupied year-round, the remaining are only open during the summer. There are about 4,000 people there through the summer months and about 1,000 overwinter each year.