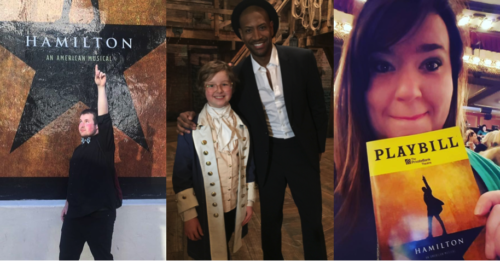 After a whirlwind of ticket lotteries and lucky winners, Hamilton has come and gone and Portland is feeling the loss. However, this eclectic cast of superfans keeps the excitement going, talking about what makes them love this musical. Theaters may have ceded their stage to other acts, but Hamilton’s spirit continues in the hearts of these Portlanders. 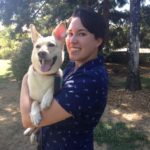 KRISTINA KINDEL
“In 2009, some friends and I watched the YouTube video of Lin-Manuel Miranda performing his rap on Hamilton at the White House. When the Hamilton soundtrack came out in 2015, I started listening and haven’t stopped.

My superfandom is owed to a mix of the genius of the writing and the music with the fun that we all have feeling connected to the show. From the filmed lotteries in NYC, to following Miranda online (for all his #bitofaday posts!), to seeing the world connect and light up about this work. I also love, as a Latinx woman, to see myself represented in ways that are new and meaningful in the theater medium, opening people’s minds to new possibilities. It is also exciting to hear about other artists being inspired by Hamilton, just looking at the range of performers on the first Hamilton Mixtape makes me so happy.

I haven’t seen the production yet, other than performance highlights from the PBS documentary and performances at the Grammys and Tonys.” 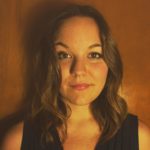 JOELLEN SWEENEY
“My brother introduced me to Hamilton when he gave me the soundtrack for Christmas. When I reached ‘It’s Quiet Uptown,’ I had to pull my car over so I could sob without endangering any lives. ‘Wait For It’ and ‘My Shot’ became my pump-up jams before shows, giving me conflicting (and catchy-as-hell) advice about how to move forward in my life and career.

The CD lives in my car and has accompanied me on many a soul-crushing morning commute and road trip. I never get tired of the music and am still discovering new quotes and clever quips two years into listening. I read the Hamilton fan book and reveled in hearing about the creative process behind the show. I saw Leslie Odom Jr. when he came to town and swooned, swooned, swooned when he sang ‘Wait For It‘ for me (and, you know, the 1000 other fans in attendance). My 25th birthday party was Hamilton-themed.

The other day, I woke up to a text saying I had been approved for the Verified Fan pre-sale for Hamilton in New York. It felt like a sign from the universe that I should see if I could get a ticket, so I put two tickets in my cart for a matinee in September. The transaction timer was counting down, and I was about to buy them when I realized that I probably shouldn’t drop $450 on tickets to a play in another city when I hadn’t planned a trip or consulted my sleeping husband about the idea. I woke him up with a gentle whisper of ‘Baby? Are you awake? I’m about to do something stupid,’ and we ultimately decided that it wasn’t a feasible idea. I did screenshot the image of the tickets in my cart, though, so now I can cherish the memory of almost buying a ticket to Hamilton.” 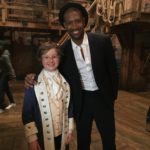 THEO CURL
[From Theo’s mom, Jami]: “My son Theo is 10. On the day of his 10th birthday, we went to see Hamilton in NYC and were lucky enough to go backstage after the show. Theo wore a head-to-toe Hamilton costume to the show. It was his Halloween costume that year (made for him by a friend who is a seamstress), and he hauled it across the country, knowing he’d wear it to the show.”

[From Theo]: “I have seen Hamilton once. On Broadway. On my 10th birthday. My mom’s friends arranged a backstage tour and I nearly fainted. My fellow acting friend, Aida Valentine, sang a lot of Hamilton songs during our rehearsals for James and the Giant Peach at Oregon Children’s Theatre. Those songs got me hooked! Everything about it makes me a superfan–– the music, the incredible delivery of the lyrics, the history, the way actors play multiple roles.There’s not really a character I identify with. Thankfully, I’m just 10 years old, but I’d spend an afternoon with Lin Manuel Miranda.

Hamilton has made me aware of how our country was founded better than any book I have read about it. It’s the best American history class ever. I’d sing for the entire Hamilton audience for tickets to the show.” 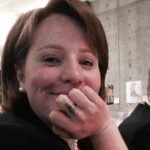 TARA MUSSULMAN
“I generally process my world through a lens of Broadway musicals, but since Hamilton, my general internal dialogue is Hamilton lyrics. In an average week, I listen to the soundtrack in its entirety 4–5 times for over two years now, so it’s no wonder I think in Hamilton lyrics.

I have always been interested in history and government. One of the many things I appreciate about what Miranda and Chernow (author of the Alexander Hamilton biography that Miranda adapted for the stage) have done, on a grand scale, is to show our founding fathers as human beings with all of their faults, hubris, brilliance, bravado, and foresight into what our nation could be.”

BECCI SWEARINGEN
“I was in Harlem a couple of weeks ago, and took a tour of the Hamilton Grange (the only house Alexander Hamilton ever owned, 2 years before he died). Any time the tour guide talked, I heard lyrics to songs from the show in my head. At one point, we were upstairs in the main dining room, and the tour guide was talking about Elizabeth. He mentioned the orphanage, and I started crying and hearing ‘the orphanage, I established the first private orphanage in New York City…’ in my head. I know more about the Schuyler family and Alexander Hamilton than I ever thought possible. For someone who found American history classes extremely difficult to pass, that is huge! They should teach all history in the form of rap and hip-hop! I have listened to the soundtrack so many times that I have even the most difficult raps pretty much memorized. I still cry when Phillip and Alexander die and during ‘Who Lives, Who Dies, Who Tells Your Story.’

I am a theater geek and have a lot of theater geek friends, so I saw a lot of my friends talking about Hamilton on Facebook when it first came out. I knew I had to check it out. Of course, after listening to the soundtrack only once, I was hooked!

I love how fresh the soundtrack is. I love that it’s a complete re-imagining of the story of an historical figure and that the cast is multi-ethnic, giving actors of color more opportunities than what they’ve had historically.”

To hear more about Becci Swearingen and her superfandom, listen to her interview on Adventures in Artslandia. 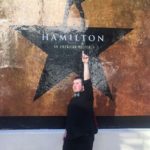 EVAN TAIT
“I frequently use Hamilton-isms in my daily life. My go-to jam for everything is the last three minutes of ‘Non-Stop‘ when everything goes haywire and beautiful and chaotic. Just today, I sang ‘What’d I Miss‘ at my work with full choreography. Even though I tore a tendon in my foot, it’s worth it for Hamilton.

I’ve known about Hamilton for a while because I listened to a podcast featuring Lin-Manuel Miranda. I thought the idea of Hamilton was absolutely insane. I knew 1776 had such an impact on the Broadway world (which was the only political musical I could think of at the time), and I knew that In the Heights was a huge cultural phenomenon.

I was a little late to the Hamilton game. One day, I had many hours to spare and hunkered down and listened to the soundtrack. From that moment on, I was hooked. I’m attracted to passionate artists, and listening to Miranda and the other members of the cast wax poetic about this show made me fall in love with it. I think, with the only exception being West Side Story, Hamilton is the perfect musical. From a pure analysis standpoint, the script ebbs and flows so nicely. As a musician myself, listening to how the score changes in meter, genre, and rhyme scheme nearly flawlessly––just writing this, I get misty-eyed. I think the biggest thing, though, is that Hamilton is fearless, and watching artists be truly fearless on a stage is a master class. It makes me happy knowing that there is truly fearless art made by truly fearless artists at a time when we need bravery and fearlessness most.

Hamilton has made me think about the issues and think back on studying this period. It’s been a wonderful delve into the realm of ‘What if…?’ because it made me rethink what I knew about this time period. Getting more of an insight into the unsung heroes is brilliant.” 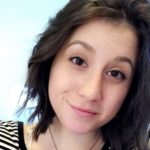 AMAYA SANTAMARIA,
“My mom introduced me to Hamilton around when it first opened. I tend to be a little behind on the trends and my Twitter-savvy mom heard and loved it. It actually took me a few months after that to listen to the soundtrack, but when I did, I was hooked.

Hamilton pairs clever, fun, heart-wrenching lyrics and music with this story of hope and revolution that feels so, so necessary in today’s political climate. As a person of color and the daughter of an immigrant, I can’t help but be profoundly moved by a story that allows us to take ownership of the American story and re-states that scrappiness, pride in what you represent, and the unquenchable spirit of pursuing what you believe in are all products of our revolutionary history. Anyone, regardless of whether your family has been here for hundreds of years or if you’re thousands of miles away dreaming of moving to America, can be inspired by it. Also, it’s a great running playlist.

I know a lot more about American history now! Hamilton actually taught me some things I’ve forgotten for the past 15 years. I always did learn better when music was involved.”