In the Spotlight, PORTLAND, Theater | 0 | 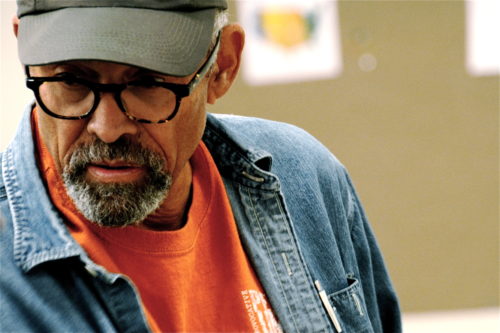 My relationship with the Wilson oeuvre is largely due to my friendship with the playwright as well as my role as founding artistic director of Penumbra Theatre Company in Saint Paul, Minnesota. As artistic director, I produced Mr. Wilson’s first professional production—Black Bart and the Sacred Hills in 1982. Penumbra Theatre continues to hold the record for having produced more of his work than any theater in the world. Mr. Wilson was a member of Penumbra Theatre Company and wrote Malcolm X, a one-man show, expressly for me to perform. I’ve had the honor of bringing several of his characters to life on the stage, including Troy Maxson, Wilson’s flawed hero in Fences. My professional aesthetic, my relationship with and interpretation of history, and the manner in which I present African American comportment and culture on stage is shaped by his work. I find the spaces Wilson has engineered in this work capable of being filled by authentic African American cultural rhythms and nuance. Fences remains perhaps August Wilson’s most accessible play. Maybe it’s the structure which weaves Wilson’s tale around a single “Lear-like” figure that at once engenders deep understanding, revulsion, and identification from audiences all over the world. Please enjoy the fruits of our labor (i.e. enjoy the show!) and experience the “thunder” that is Fences.