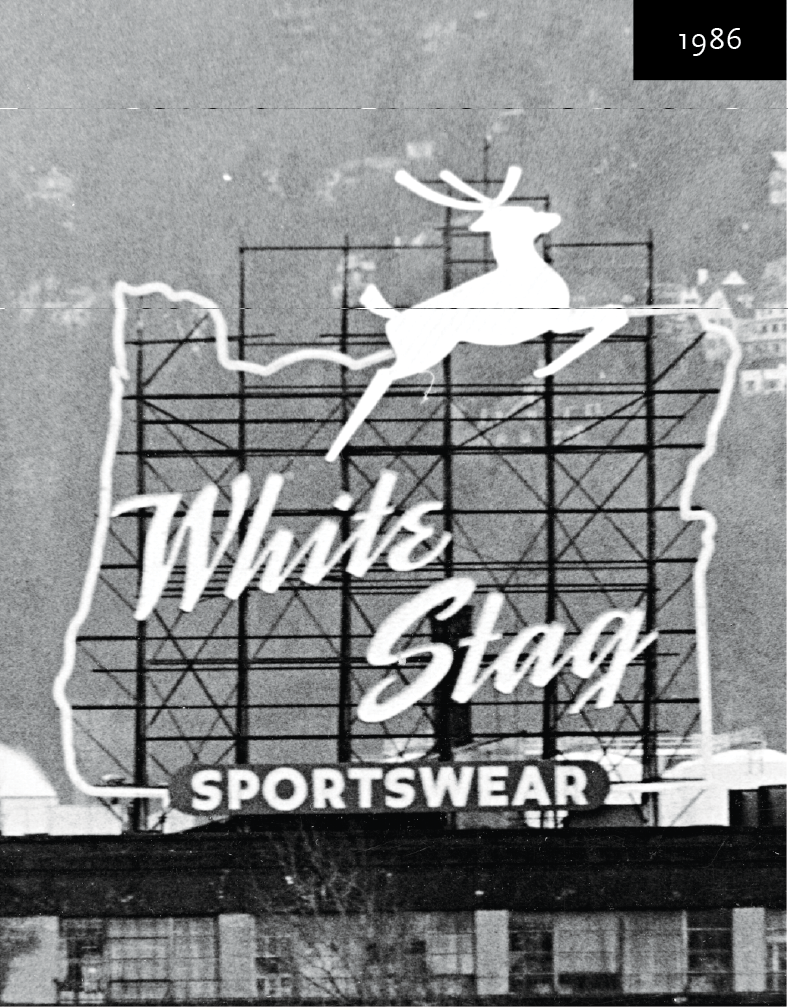 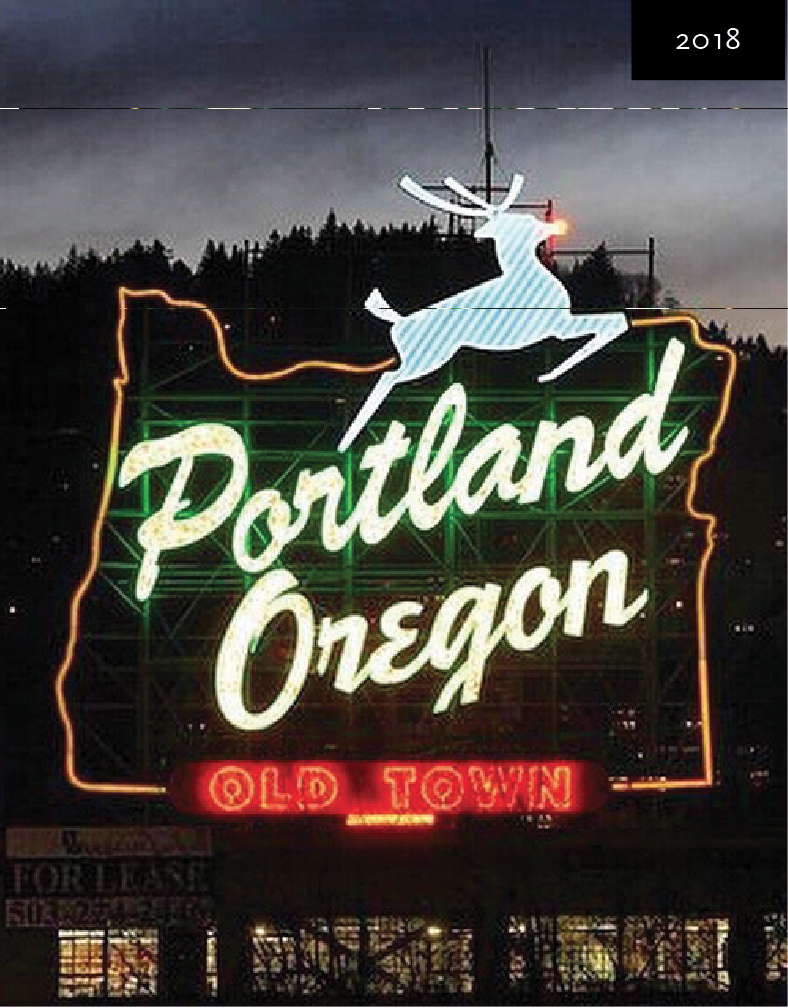 he Hirsch-Weis Manufacturing Co. moved into its newly constructed warehouse and manufacturing facility at the corner of what is now NW Naito Parkway and W Burnside Street in 1907. Harold, the son of one of the Hirsch brothers who founded the business with Harry Weis, launched an offshoot of the business in 1931 using the factory resources to produce ski apparel. He named his venture White Stag (a transposed, literal German translation of the original company name). Meanwhile, in 1940, White Satin Sugar rented space on the roof of the factory to place a 50-by-52-foot, glowing silhouette of Oregon surrounding text that read “White Satin Sugar.” By 1956, White Stag overtook Hirsch-Weis and went public, reporting revenues of $14 million in 1958. Amidst the transition, White Stag purchased the sign in 1957, changed the text to its own name, and added a leaping stag. The stag’s neon nose changed from white to red annually during the holidays, even as the text changed to “Made in Oregon” in 1997 when that company purchased the sign. The city of Portland acquired the sign in 2010 and changed the text once more to “Portland Oregon Old Town.” The sign remains an icon of the city and the glowing snout a beloved harbinger of the holidays.

Historic photographs for this series are provided by the Oregon Historical Society, a museum, research library, archive, and scholarly asset located in the heart of Portland’s Cultural District. View more photos of historic Portland on the new OHS Digital Collections website here.

Have an anecdote or old school photograph of you posing in front of the sign? Post it! Don’t forget to tag #Artslandia and #ThenAndNow