Announcing the 2020 Launch of The Theatre Company

Jen Rowe and Brandon Woolley Launch The Theatre Company in Portland, OR; Focusing on Site-Specific Productions of The Moors and Vinegar Tom for 2020. 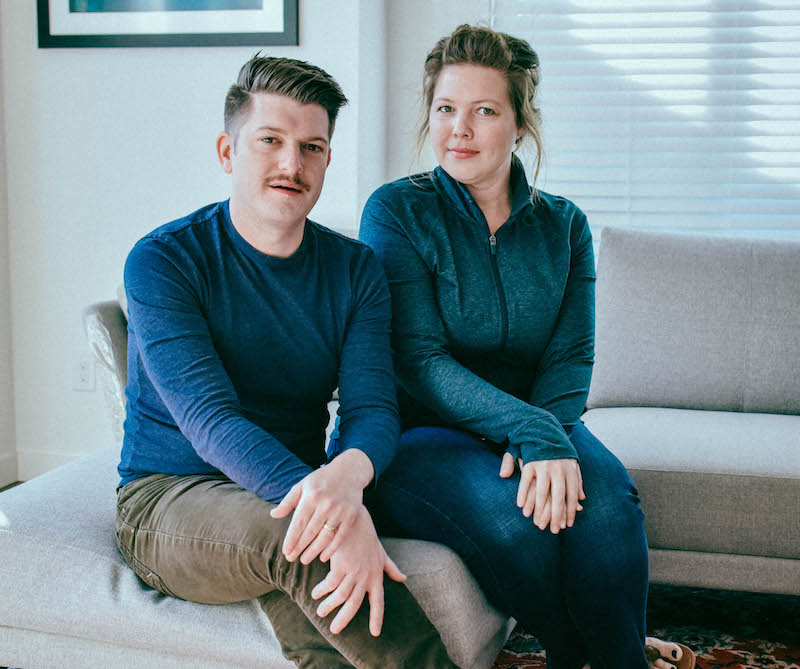 Jen Rowe and Brandon Woolley are teaming up to launch The Theatre Company in Portland, Oregon. They will oversee the artistic vision of the company as CoArtistic Directors, with their first season beginning in 2020. As staples in the Portland theater community in multiple roles (director, actor, casting director, producer), these two 30-somethings plan to present Portland premieres of timely, socially relevant, and culturally conscious plays. The Theatre Company’s mission is to enliven their community by transforming found spaces with bold, theatrical endeavors. Their inaugural two-show season will premiere in March 2020 with The Moors by Jen Silverman and Vinegar Tom by Caryl Churchill in October 2020. Woolley directs, and Rowe leads the cast of The Moors as Huldey in a production that will transform Copeland Commons at TaborSpace in Southeast Portland. Rowe directs Churchill’s Vinegar Tom staged at The Hallowed Halls, a recording studio at Holgate and 64th Avenue in Southeast Portland.

The genesis for this new company came in June of 2019. Jen had spent the last year working as a director and assistant director in multiple venues around the country, and Brandon had made a few career changes that ultimately landed him in a position to think clearly about his theatrical goals. The two met up after Jen reached out via Instagram to see about grabbing drinks, and a great bond was forged over theater and their love of Portland.

With multiple artistic endeavors under their belts, the next logical step seemed to be starting their own company. Friends and theater community members had been pestering both Rowe and Woolley to do so for years, but the timing never felt right. With the Portland theater community going through a large transition, including new leadership, spaces being reimagined or demolished, and new people arriving each day to the city, something about the summer of 2019 seemed like the perfect time. Bolstered by the current theatrical climate, the duo focused on what excites them most about the people, stories, and spaces that Portland has to offer. This led them to their mission that focuses on site-specific theater across the city—finding spaces that support the storytelling and plays that inspire them to create alchemy with story, space, and spectacle.

The Moors is a bold, theatrical satire that takes us on a wild ride through the beautiful and the dangerous while upending gender politics and demanding visibility. The play focuses on sisters, Agatha and Huldey, their split-personality maid, a governess from London, and a love story between a Mastiff and a Moor-Hen. The play will be performed at TaborSpace in Southeast Portland. Program Director Josh Pinkston says, “We are excited to be partnering with The Theatre Company production of The Moors for the story they’re telling and the way they’re telling it. Part of the perks of doing what we do at Taborspace is meeting and interacting with good people like Brandon and Jen, who are also doing good work.”

The Hallowed Halls will partner with The Theatre Company for their final show in 2020. This recording studio was originally a library, then a women’s health clinic, and is on the National Historic Register. Cleo Knickerbocker of The Hallowed Halls says, “We connect with the message of Vinegar Tom and how this play relates to the past life of our historic building.”

The history and style of the space create the perfect setting for Vinegar Tom, one of Caryl Churchill’s first plays that is equal parts music and dramatic scenes interwoven throughout. Born out of the 60s and 70s this play with music is adirect response to the uncompromising systems of patriarchy. Steeped in a landscape of pride, poverty, and prejudice the question persists—what makes a witch?

The Theatre Company will celebrate the launch of their company with a party at Picnic PDX, located at 1305 NW 23rd Avenue on November 4 from 6 to 8 p.m. Meet and mingle with Rowe and Woolley and learn more about the company. Longtime collaborator and board member, Rose Riordan, will be on hand to help usher in this new endeavor. She believes strongly in the work that these two will create and feels that TTC will “…make a quality home for all theater artists. I’m excited to see the future and proud to call myself a board member!” The Theatre Company invites all to join them at the launch party and hopes to further inspire community and artistic excellence within this already thriving city.

For further information on the upcoming season, subscriptions, and shows, visit www.thetheatreco.org

Jen Rowe is an actor, director, and self-producer in Portland, Oregon. Directing credits include: Tender Napalm (Portland and Chicago); How We Got On (Portland Playhouse); This Girl Laughs, This Girl Cries, This Girl Does Nothing (Western Oregon University); The Jewish Wife / The Informer/ DasVedanya Mama/ Mercury Fur / The Unseen /Phaedra’s Love / Waiting /and Subject to Change at various theaters. During her artist residency at CoHo Theatre, she docu-devised a one-act about the women’s health crisis in America. She is the founder and Artistic Director of Quick + Dirty Productions. As an actor, Jen has been seen at Portland Center Stage, Artists Repertory Theatre, Third Rail, Portland Playhouse, CoHo Theatre, Milagro Theatre, Oregon Children’s Theatre, and BoomArts. Voice credits include Oregon Lottery and Our Oregon. She is a proud member of SAG-AFTRA, has been seen on Grimm, The Librarians, and written/performed in local sketch shows. Aside from freelancing as a multidisciplinary artist, Jen also plays in a band and is a member of the coaching team at Playwrite, Inc

Brandon Woolley is a director, producer, and collaborator in Portland, Oregon. Directing credits include: A Christmas Memory paired with Winter Song (co-creator), Mary’s Wedding, Sex with Strangers, and JAW Promising Playwright Events (Portland Center Stage at the Armory); Luna Gale, International Falls and The Few (CoHo Theatre); The God Game (self-produced), The End of Sex (Theatre Vertigo), and Dial M for Murder (Bag&Baggage Productions). Brandon has worked on multiple shows at Portland Center Stage at The Armory as an assistant director (Astoria: Part One and Two, LIZZIE, The Whipping Man, Red, One Flew Over the Cuckoo’s Nest, and A Christmas Story). He has also collaborated with The Oregon Symphony and Michael Curry on Persephone, Third Rail Rep, Broadway Rose, and Live on Stage. Brandon worked from 2010 to 2018 at Portland Center Stage in various capacities, most notably as Associate Producer and JAW Coproducer. From 2018 to 2019, Brandon worked with Michael Curry Design as Head of Theatrical Projects. He is a proud SDC member and is currently freelancing as a director and producer.