Audience Reviews: Macbeth at Portland Center Stage at The Arnory 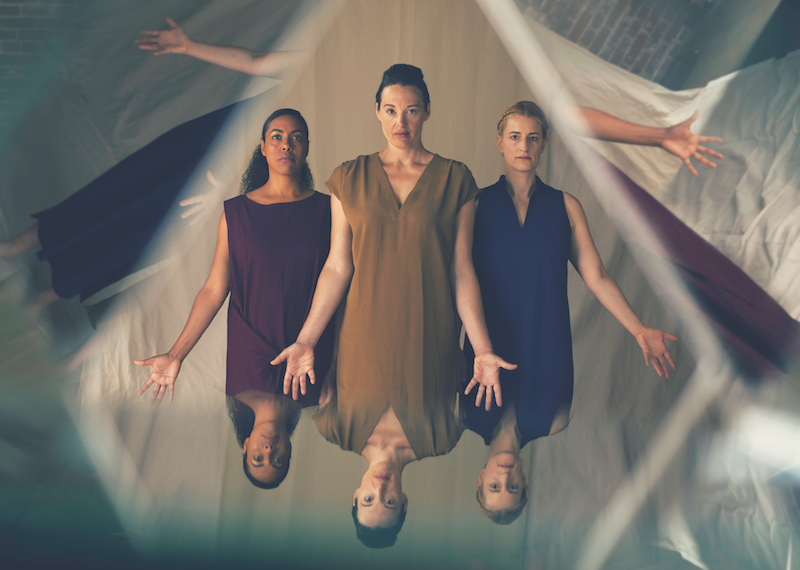 This was the most dynamic version of the Scottish play i’ve ever seen!! Excellence in every aspect of this amazing production!

“an outstanding and gritty performance of Macbeth…the cast is magnificent, exuding power, strength, and violence; changing characters with the flip of a tunic.

This classic horror story by Shakespeare, with edited script for the stage by Lee Sunday Evans and original music by Heather Christian, is directed by Adriana Baer.  It is playing in PCS’s “black box” theatre, at 128 NW 11th Ave., through November 24th.  For more information, go to their site at www.pcs.org or call 503-445-3700.

This is an appropriate tale for the Halloween Season by the Bard of Avon.  It is a ghost story, a tale of revenge (served hot, not cold, in this case) and reflects the early times when nations were being forged, in this case, Scotland.  And they say, if we don’t learn from our mistakes, we are bound to repeat them.  But, in today’s world climate, it looks like repetition is the rage of the day, as lying, conquering nations, murder, suppression, etc. is still rampant in most countries.

The story starts out with two noblemen, Banque and Macbeth encountering the “three weird sisters” (witches) who give them some startling prophesies, disguised in sing-song rhyme, which proves to be deadly accurate.  Macbeth is to eventually reach kingship but at the cost of many bloody deeds and some dear friends and family.  And it seems his wife is even more determined than he.  It all boils down to the fact that the Macbeth’s have no heir to rule the kingdom after them and so all other possible usurpers, who do, must be eliminated.  “Absolute Power Corrupts—Absolutely!”  (We seem to be seeing plenty of those same roadmaps being forged, both here and abroad, now.)

This is a slimmed-down but very powerful account of one of the Bard’s best plays.  Being that it gets to the heart of the play, “the fault…is not in our stars but in ourselves” and so we, not the fates or gods, create our own undoing.  If the world fails, it is not Nature’s fault, as their mandate is to live in harmony for the benefit of all.  But Greed, Ego and Ambition (the play seems to be saying) are our downfall…and so it seems to haunt even our current state.

These ladies had to, in essence, memorize the entire play, as quick changes of character and important cues were dependent on these talents.  DeGroat’s mad scene as his wife was pitiful and powerful; Green’s heartfelt horror at hearing the news of her family’s slaughter, was gut-retching; and Hanover’s steadfast resolve in the face of impossible odds, was strangely captivating.  And Baer as the champion of this whole apocalypse was admirable.

I recommend this production.  If you do choose to see it, please tell them Dennis sent you.