Beyond Boundaries: A Conversation With Vijay Iyer Of Oregon Symphony 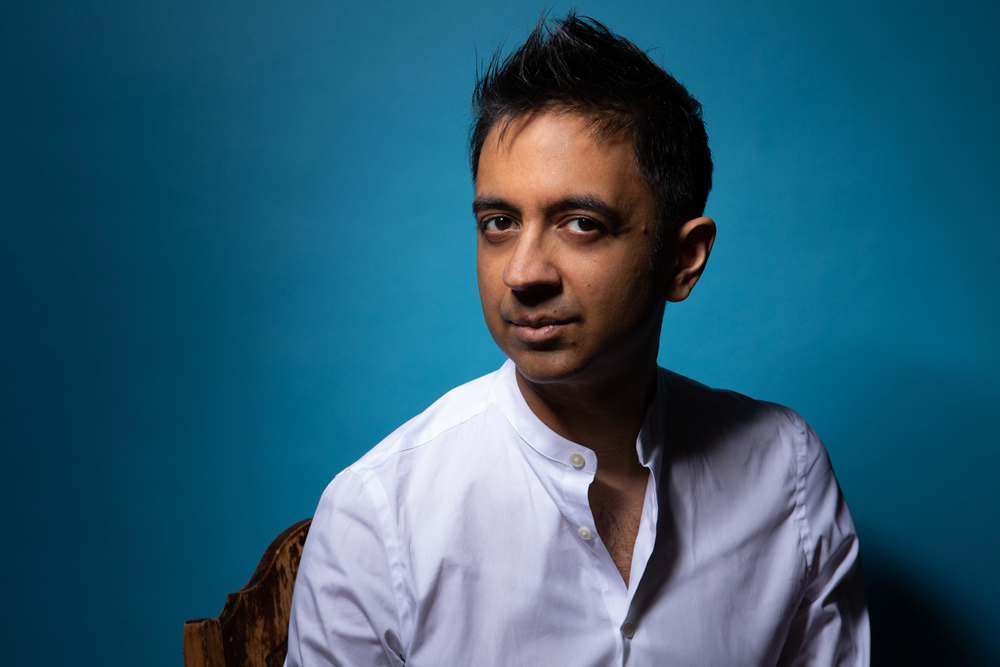 Duke Ellington’s greatest compliment was to describe a musician or a piece of music as “beyond category.” Composer and pianist Vijay Iyer fits the bill. He is best known as a jazz pianist, but in recent years, the MacArthur Fellowship-winning musician has expanded his musical
and artistic boundaries, and has found himself working with and writing for more musicians with Western classical backgrounds. On January 14–16, the Oregon Symphony will perform the U.S. premiere of Iyer’s latest work, Human Archipelago, a concerto for cello and orchestra co-commissioned by the Oregon Symphony, featuring cellist Inbal Segev.

Human Archipelago takes its name and inspiration from Iyer’s ongoing collaboration with the Nigerian writer Teju Cole, whose eponymous 2019 book with photographer Fazal Sheikh documents what Iyer calls “the twin crises of human mass migration and drastic climate change, and how they are entangled with one another.” Iyer points out that the 21st century is characterized by these two ongoing events, which are turning people into refugees from climate catastrophes. “What matters is precarity – precariousness as a condition of life, not a temporary state,” says Iyer. “Precarity prompts improvisation – that feels like a musical prompt for me.”

Iyer describes his own musical trajectory partially as a result of place and time. “Partly by virtue of being in New York and trying a lot of things, some of the stuff I did started to hit the classical radar. I started getting commissions in the early 2000s, when I was in my mid-30s. This led to more opportunities to write for musicians who are classically trained.” Iyer’s background in jazz aesthetics informs all of his compositions, no matter whom he is writing for. “I occupy a hybrid position; I hold the value system of Black American music, which includes a lot of individual expression, rhythm, improvisation, cyclical forms, and basically the idea that the score is alive. Just because music is written down doesn’t mean it’s fixed; instead, the score is a series of prompts for a series of possible outcomes. Also there are no boundaries; everything has potential.”

Iyer credits his mentors: avant-garde composer/saxophonist Roscoe Mitchell, the late composer/cornetist Butch Morris, and composer/saxophonist/flutist Henry Threadgill, among others, for instilling in him the idea that “I had a right to be creative and assert my artistic freedom. I was lucky to learn from people who thought that way their whole lives. That gave me a critical perspective on the systems that are called ‘jazz’ or ‘classical.’ Neither is a fixed format. You can go anywhere.”

Human Archipelago includes some improvisation in the form of a group of musicians Iyer calls The Travelers, who play alongside the solo cello and orchestra, but without a score. “They play by ear,” Iyer explains. “Instead of a score, they have a series of prompts and sometimes emotional suggestions – angrily, sweetly – there are moments where they come in and out. The Travelers sit together, separate from the rest of the orchestra, and they play in unison. Their task is to create their own part as a collective process.”

In keeping with Iyer’s notion of precarity as a musical idea, he notes that The Travelers have a precarious relationship to the system around them. “The orchestra has to allow space for them as well,” says Iyer, “while the soloist is the protagonist – mediating between these two ensembles and eventually merging with The Travelers.”

“The first movement ended up being – I don’t want to say variations on a theme because it’s basically the same theme recurring in these different contexts, so it’s like the theme migrates from setting to setting,” says Iyer. “The second movement is kind of idyllic; almost like a dream. It’s called Xenia, which means ‘stranger,’ or ‘foreigner,’ or ‘visitor,’ and it has to do with how we treat our guests. It imagines this idyllic encounter with some folks from somewhere else. The third movement – I decided, against my better judgment, to put a fugue inside a concerto, so it’s kind of like material being passed around among different facets of the ensemble and the soloist, and again a theme that recurs.”

While he’s in Portland, in addition to premiering Human Archipelago, Iyer will be taking part in the Oregon Symphony’s Open Music series, curated and hosted by the Symphony’s Creative Alliance partner composer/musician Nathalie Joachim, at the Alberta Rose Theatre on January 11, 2023. The concert, part informal conversation and part performance, will feature Iyer performing some of his chamber works with members of the Oregon Symphony. Iyer talks about the immediacy of the connection he makes to both the other musicians onstage and to the audience when he performs. “It’s meaningful to connect human to human – in a lot of ways that’s what music does. When I’m playing there is a sense of ‘we’re in this together.’ It might be a night of my music, but it’s also this shared endeavor. When it’s a piece I’ve written but don’t play, I get to show up as someone who has an embodied relationship to music and a musical relationship to the world – a listening relationship to the world. The reason I am in the world is because of music, which provides the occasion. Even when I’m onstage playing, the act of performance and sharing music with people in a room is also a listening enterprise. That listening focus extends beyond what’s happening onstage – it includes all the people in the room. I make it my business to really connect with everyone in the room as a player. What happens is that I’m listening – connecting body to body. This happens aurally; I hear the audience breathing, their attunement or lack thereof (in the case of flagging attention it’s my job to fix that). I’m taking care of that relationship and making sure we’re all going somewhere together.”

This article was written by Elizabeth Schwartz and first published in the January 2023 issue of In Symphony by Artslandia. It is published here courtesy of Oregon Symphony. Click here to learn more or read the entire playbill. 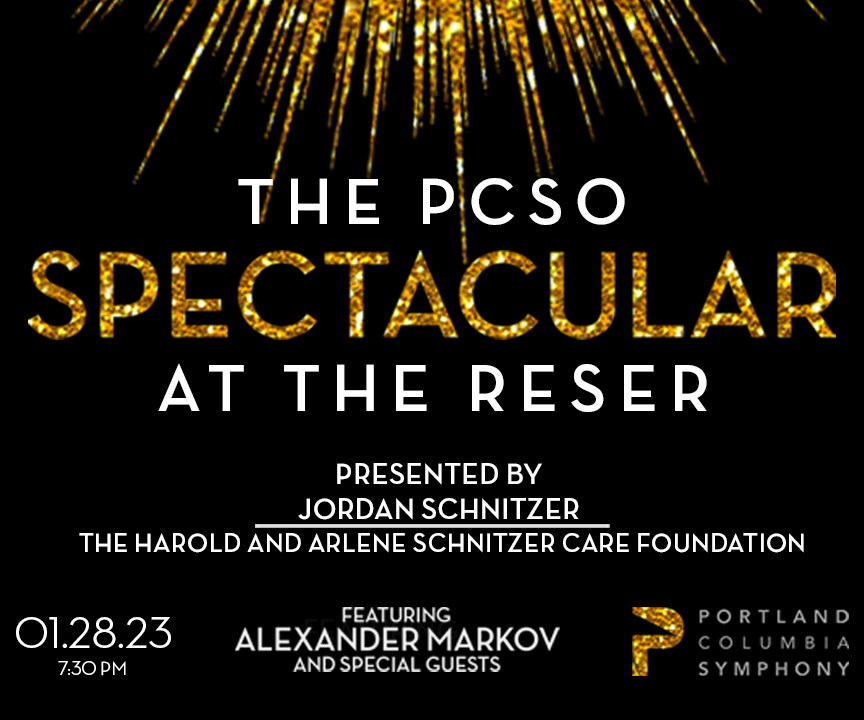 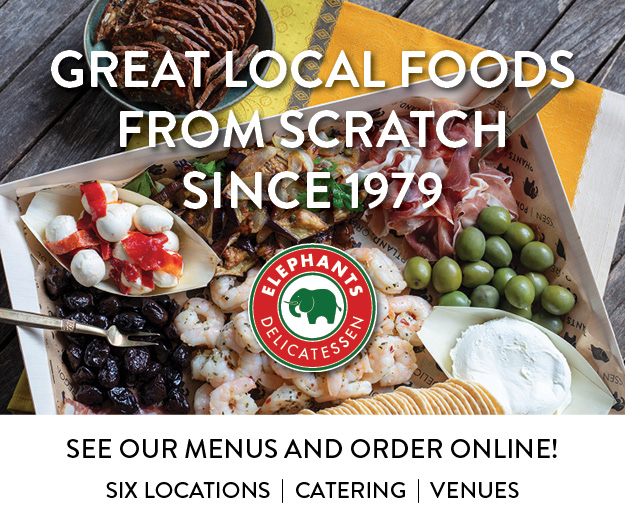