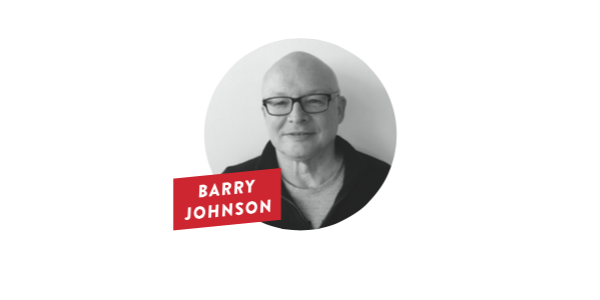 Today’s subject is the contradiction between Oregon’s obvious love for the arts and our tepid support for them at the state level. Well, actually, the subject is how you and I, dear reader, can help solve that contradiction.

Don’t worry. I’m not going to ask us to lobby our representatives. I’m not even going to suggest that we peel some greenbacks from our bankrolls and slide them into the collection plate. I’ve got a better solution in mind.

A bit of info to bring us up to date: The glorious state of Oregon ranks 35th in funding for the arts through its arts agencies—the Oregon Arts Commission and the Oregon Cultural Trust. That’s a little weird. The state always ranks near the very top in attendance at its arts events. You would think, all things being equal, that we’d be happier to support the arts than most other places.

That’s not the case. I’m going to focus on the states that start with the letter “O” for a moment, a universe of three states. According to the complex calculations of the National Assembly of State Arts Agencies, Oregon state government spends a grand total of 84 cents per state resident on the arts. Let that sink in a moment. Eighty-four cents. A grand total of $3,422,588.

Now, I hear people complain about government support for the arts a lot, but complaining about 84 cents is complaining about nickels and dimes. Actual nickels and dimes. Even if one is ideologically opposed to it, there are much bigger targets around for slings and arrows. (For the record, I think the same thing about people who complain about the Arts Tax in Portland. That $35 is going directly toward something we actually voted for—arts education at the primary school level and support for our nonprofit arts organizations. But that’s another story.)

Back to the O states. The other two are Ohio and Oklahoma. Ohio is a much bigger state, and during the 20th century, it was one of the nation’s richest, home to behemoth national corporations, from Procter & Gamble and Kroger in Cincinnati to Goodyear Tire and Rubber Company in Akron. It’s still an industrial center of major national importance, but its per capita income has slipped below Oregon’s. We’re 26th nationally, at $54,148 per household. They are 34th, at $51,075. Still, they are ahead of us in state funding for the arts: They spend $1.39 per capita for a total of $16,173,750.

Oklahoma is more our size, and for much of its history, its wealth was built on an extractive industry, just like ours—oil in their case, timber in ours. The average household income in Oklahoma is $48,568, which ranks 39th nationally. So, they give less of their state budget to the arts than we do, surely? Uh, no. It’s close, but they contribute 99 cents per capita to their state arts agencies, which ranks 26th nationally. Among the O states, Oregon is last. »»»

»»» Some might say this is a brilliant economy of resources—we invest little and get a lot. Unfortunately for us, among the O states, Oregon is most dependent on its creative economy—the design, tech, new knowledge companies that drive our economy now. The arts are crucial for attracting the talent that sharpens the edge of those companies and for keeping them engaged with their creative side when they get here. We can’t afford to be penny-wise and pound-foolish.

Fortunately, the Oregon Cultural Trust allows us to rectify an ongoing error of the state Legislature—in this case, its reluctance to fund the arts sufficiently. As I said at the top, it doesn’t cost us any money. And though it’s been around for a while now, many of us don’t take advantage of its unique provisions. Many do: Oregonians invested more than $4.55 million in the Oregon Cultural Trust in 2016, after all. For good reason: It distributes money to every corner of the state and funds tribal and historical organizations, as well. So, if you’re taking advantage already, this is just a refresher.

The process isn’t difficult, but it does involve a few steps. The subject of taxes makes my head swim, my eyes blurry, and my knees weak. But we can do this!

1. It starts with a gift to one or more of the 1,400 or so arts and cultural groups in the state. You can find the list of qualifying groups on the Oregon Cultural Trust’s website, though nearly anyone you can think of qualifies.

2. Make a matching gift to the Oregon Cultural Trust. You can do it online. Print the confirmation screen for your records to claim your tax credit. You can also donate by telephone (503-986-0088).

3. Claim your entire contribution to the Oregon Cultural Trust as a tax credit on your Oregon income tax—up to $500 for an individual, $1,000 for couples filing jointly, and $2,500 for corporations.

4. Much of that money will be distributed to Oregon arts groups directly, and some will go to the Oregon Cultural Trust’s permanent fund.

Let’s compress that: You gift your favorite arts group(s); you give to the Oregon Cultural Trust; you take a tax credit for the gifts; you enjoy great art the rest of the year.

Not so hard, is it? Ohio and Oklahoma, we’re coming for you!